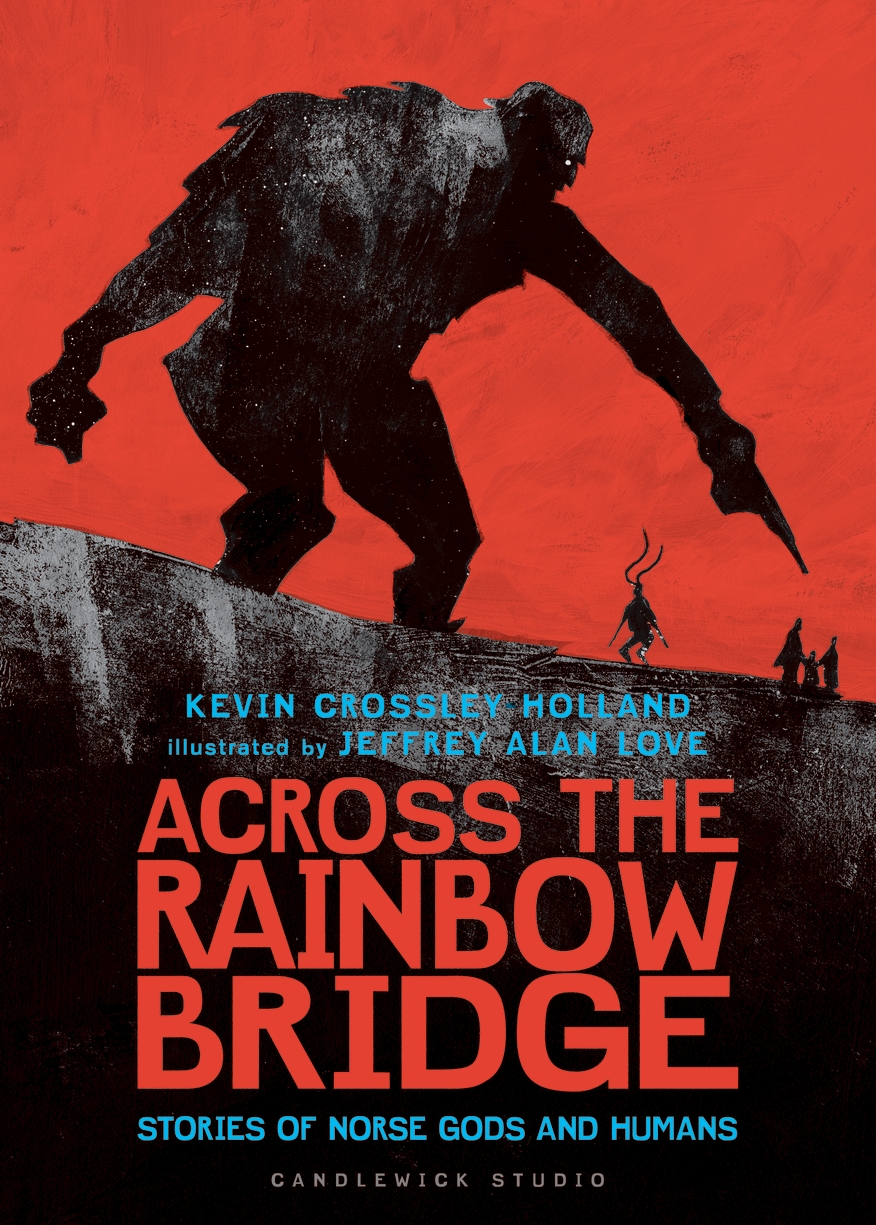 Across the Rainbow Bridge: Stories of Norse Gods and Humans

In a dramatic companion volume to Norse Myths, a Carnegie Medal winner revisits an ancient world of magic, mythology, and mountain trolls.

Step back into a sweeping landscape of green glades and glaciers where dwarves, frost giants, and ghosts roam and where gods and goddesses work their magic for Middle Earth, sometimes crossing the great rainbow bridge to come to the aid of humans. Five gripping new tales by Kevin Crossley-Holland plumb Norse mythology as never before, while Jeffrey Alan Love’s illustrations give the epic figures bold new life. Eerie, lyrical, and arresting, this must-have companion book to Norse Myths: Tales of Odin, Thor, and Loki is the ideal gift for fantasy and mythology fans as well as newcomers to Viking lore.

Kevin Crossley-Holland is a Carnegie Medal-winning author, as well as a poet, librettist, reteller, and teacher. His Arthur trilogy won worldwide critical acclaim, sold well over one million copies, and has been translated into twenty-five languages. He has translated Beowulf from the Anglo-Saxon, and his retellings include Between Worlds: Folktales of Britain and Ireland, illustrated by Frances Castle, and Norse Myths: Tales of Odin, Thor, and Loki, illustrated by Jeffrey Alan Love. After seven years teaching in the US, where he was a Distinguished Fulbright Visiting Professor at St. Olaf College and held an Endowed Chair in the Humanities at the University of St. Thomas, both in Minnesota. Kevin Crossley-Holland and his American wife now live on the north Norfolk coast in East Anglia.

Jeffrey Alan Love is the award-winning author and illustrator of The Hero's Quest, The Thousand Demon Tree, and Notes from the Shadowed City. He's the winner of the 2019 Dutch Zilveren Penseel (Silver Brush) Award for Norse Myths: Tales of Odin, Thor, and Loki by Kevin Crossley-Holland, the recipient of the 2017 World Fantasy Award for Best Artist and the 2018 British Fantasy Award for Best Artist. Jeffrey Alan Love lives in Northern California.