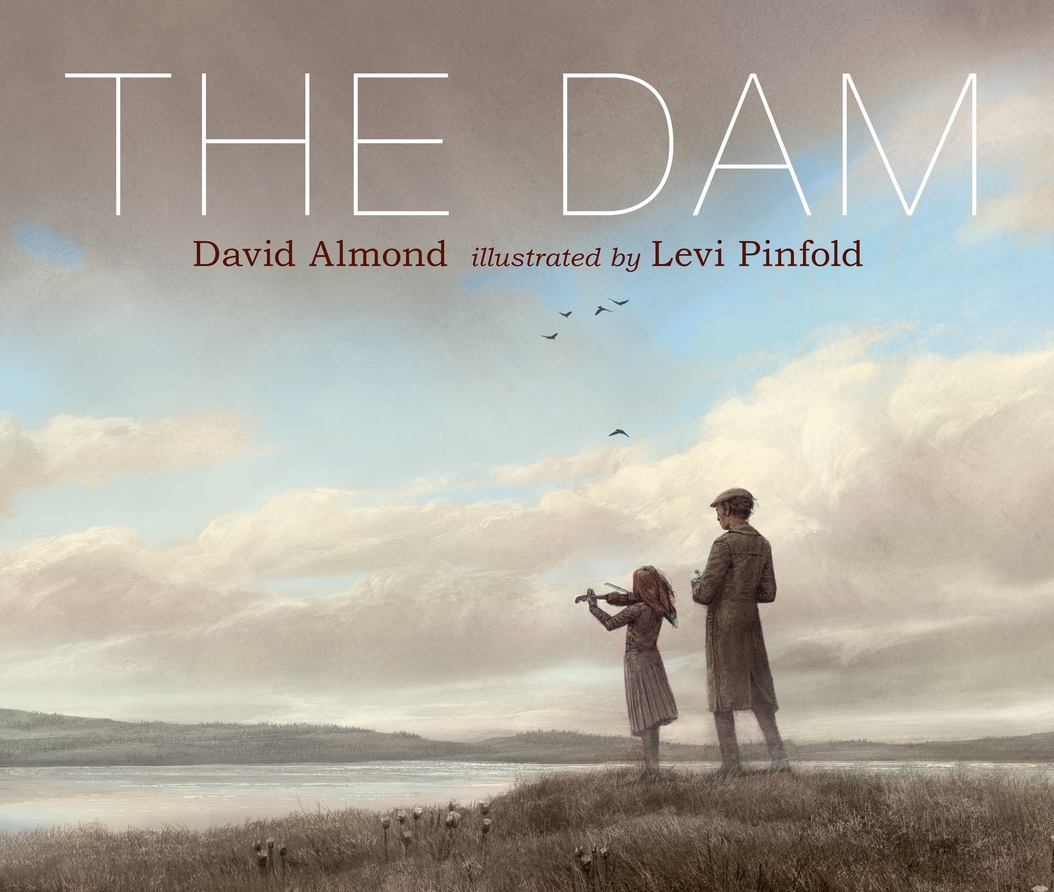 A haunting, stunningly illustrated story of loss, hope, and the power of music from multi-award winners David Almond and Levi Pinfold.

Kielder Water is a wild and beautiful place, rich in folk music and legend. Years ago, before a great dam was built to fill the valley with water, there were farms and homesteads in that valley and musicians who livened their rooms with song. After the village was abandoned and before the waters rushed in, a father and daughter returned there. The girl began to play her fiddle, bringing her tune to one empty house after another – for this was the last time that music would be heard in that place. With exquisite artwork by Levi Pinfold, David Almond’s lyrical narrative – inspired by a true tale – pays homage to his friends Mike and Kathryn Tickell and all the musicians of Northumberland, to show that music is ancient and unstoppable, and that dams and lakes cannot overwhelm it.

David Almond has received several major awards, including a Hans Christian Andersen Award, a Carnegie Medal, and a Michael L. Printz Award. He is known worldwide as the author of Skellig, Clay, and many other novels and stories, including The Tale of Angelino Brown, illustrated by Alex T. Smith, and The Boy Who Swam with Piranhas, illustrated by Oliver Jeffers. David Almond lives in northern England.

Levi Pinfold has won numerous awards for his picture books, which include The Django, Greenling, and Black Dog, winner of a Kate Greenaway Medal and a Boston Globe-Horn Book Honor. He lives in Queensland, Australia.