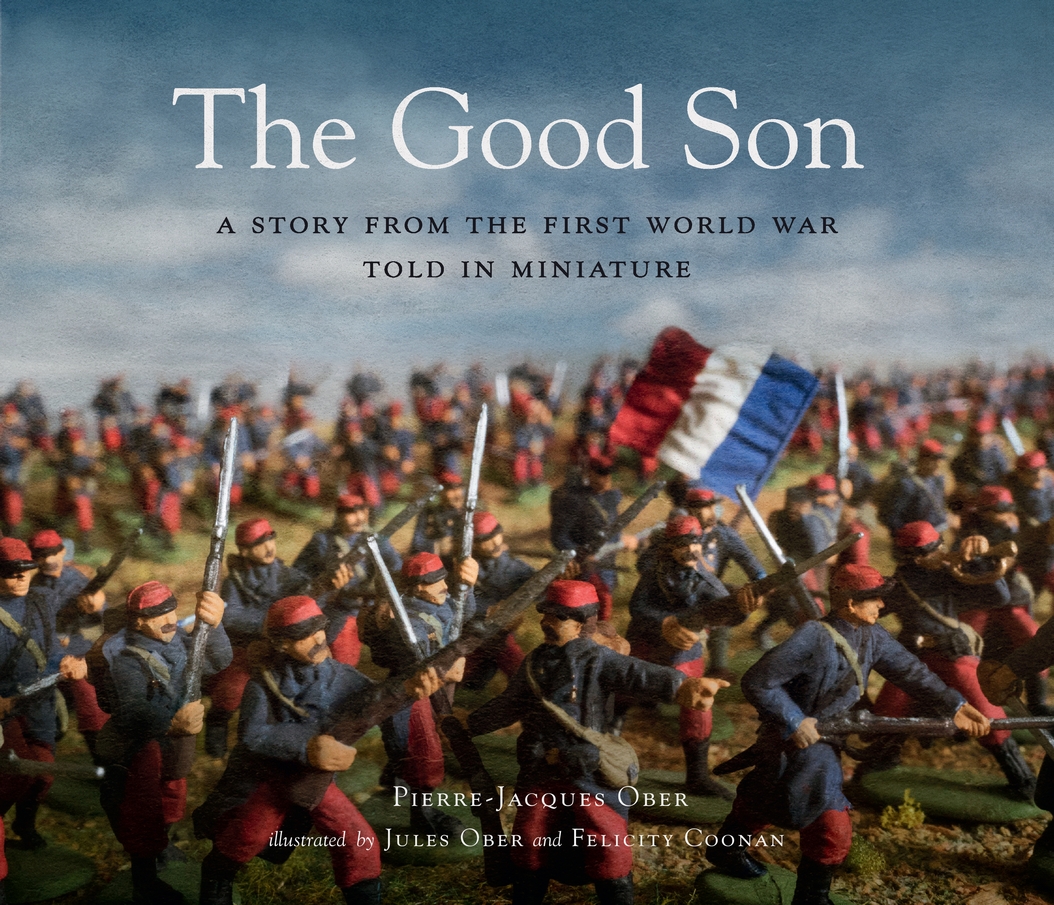 The Good Son: A Story from the First World War, Told in Miniature

About one hundred years ago, the whole world went to war.
The war was supposed to last months. It lasted years.

It is Christmastime, 1914, and World War I rages. A young French soldier named Pierre had quietly left his regiment to visit his family for two days, and when he returned, he was imprisoned. Now he faces execution for desertion, and as he waits in isolation, he meditates on big questions: the nature of patriotism, the horrors of war, the joys of friendship, the love of family, and how even in times of danger, there is a whole world inside every one of us. And how sometimes that world is the only refuge. Its publication coinciding with the centennial of the signing of the Treaty of Versailles, this moving and sparely narrated story, based on true events, is reenacted in fascinating miniature scenes that convey the emotional complexity of the tale. Notes from the creators explore the innovative process and their personal connection to the story.

Pierre-Jacques Ober was born in a military family but broke with family tradition in his preference for philosophy over war. He lives with his wife, Australian photographer Jules Ober, in the rain forest of Australia.

Jules Ober is a self-taught photographer and designer as well as a multimedia producer, teacher of digital imagery, and website creator. She lives in Australia with her husband, Pierre-Jacques Ober.