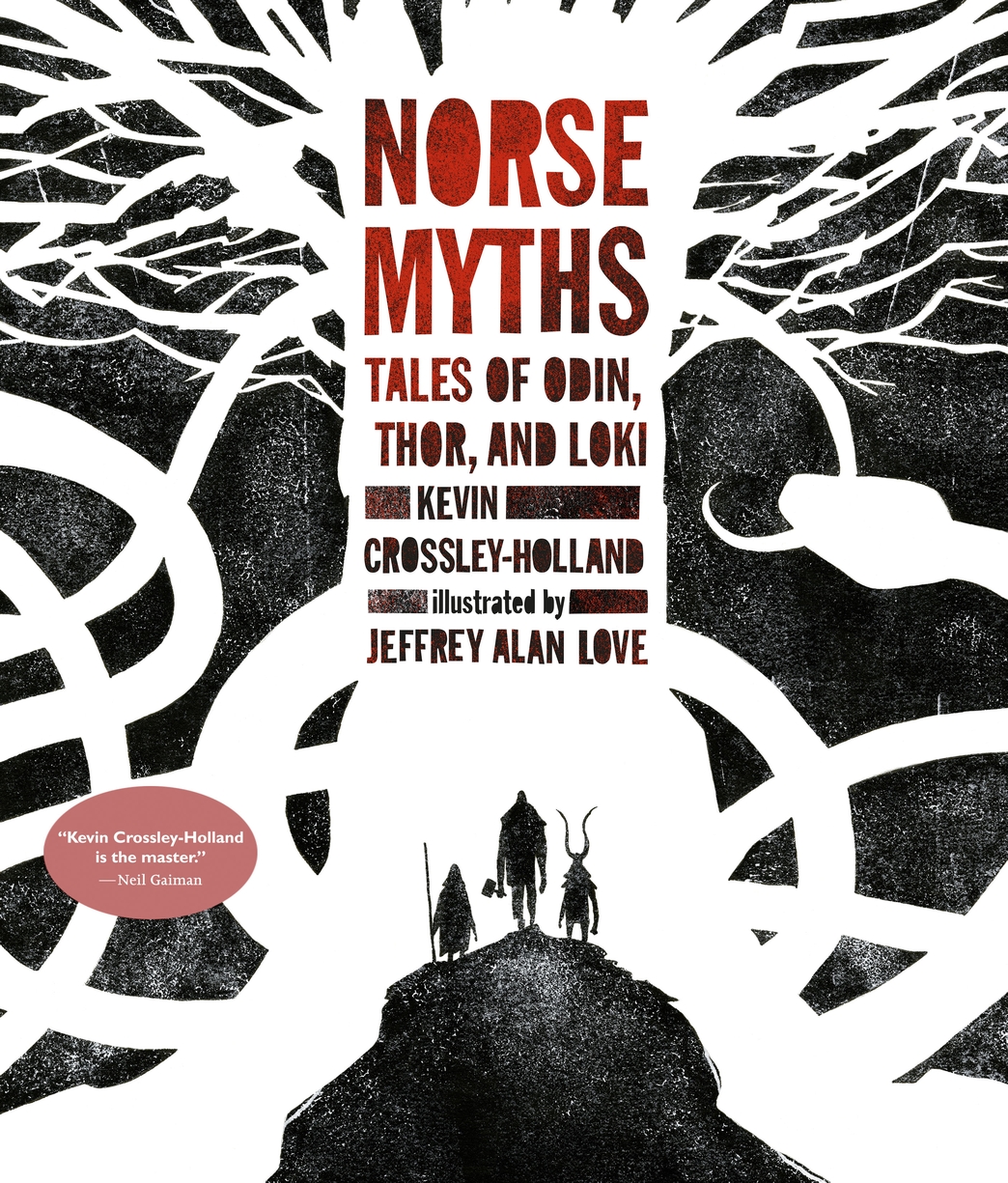 Tales of Odin, Thor, and Loki

A collaboration by two talented creators provides the perfect means to delve into Norse mythology and pore over the enthralling exploits of all-powerful Odin; mighty Thor and his hammer, Mjolnir; and Loki, the infamous trickster. From the creation of the nine worlds to the final battle of Ragnarok, Carnegie Medal winner Kevin Crossley-Holland details the Viking gods as never before, while Jeffrey Alan Love’s lavish illustrations bring the mythic figures to life on the page. Readers will be caught up in the seesawing struggle for power between gods, dwarfs, and giants, punctuated by surprising love matches, thrilling journeys, and dazzling magic. With its well-researched, lyrical prose and its dramatic and powerful artwork, this wonderful gift edition makes the perfect book for both the staunchest fans of mythology and newcomers with no knowledge of Viking folklore.

Kevin Crossley-Holland is an award-winning author and well-known poet. The first book of his Arthur trilogy, The Seeing Stone, won the Guardian Children's Fiction Prize, and his novella Storm won the Carnegie Medal. He lives in England.

Jeffrey Alan Love is an award-winning artist and writer. He is the author-illustrator of Notes from the Shadowed City and the recipient of a gold medal from the Society of Illustrators. He lives in St. Louis, Missouri.