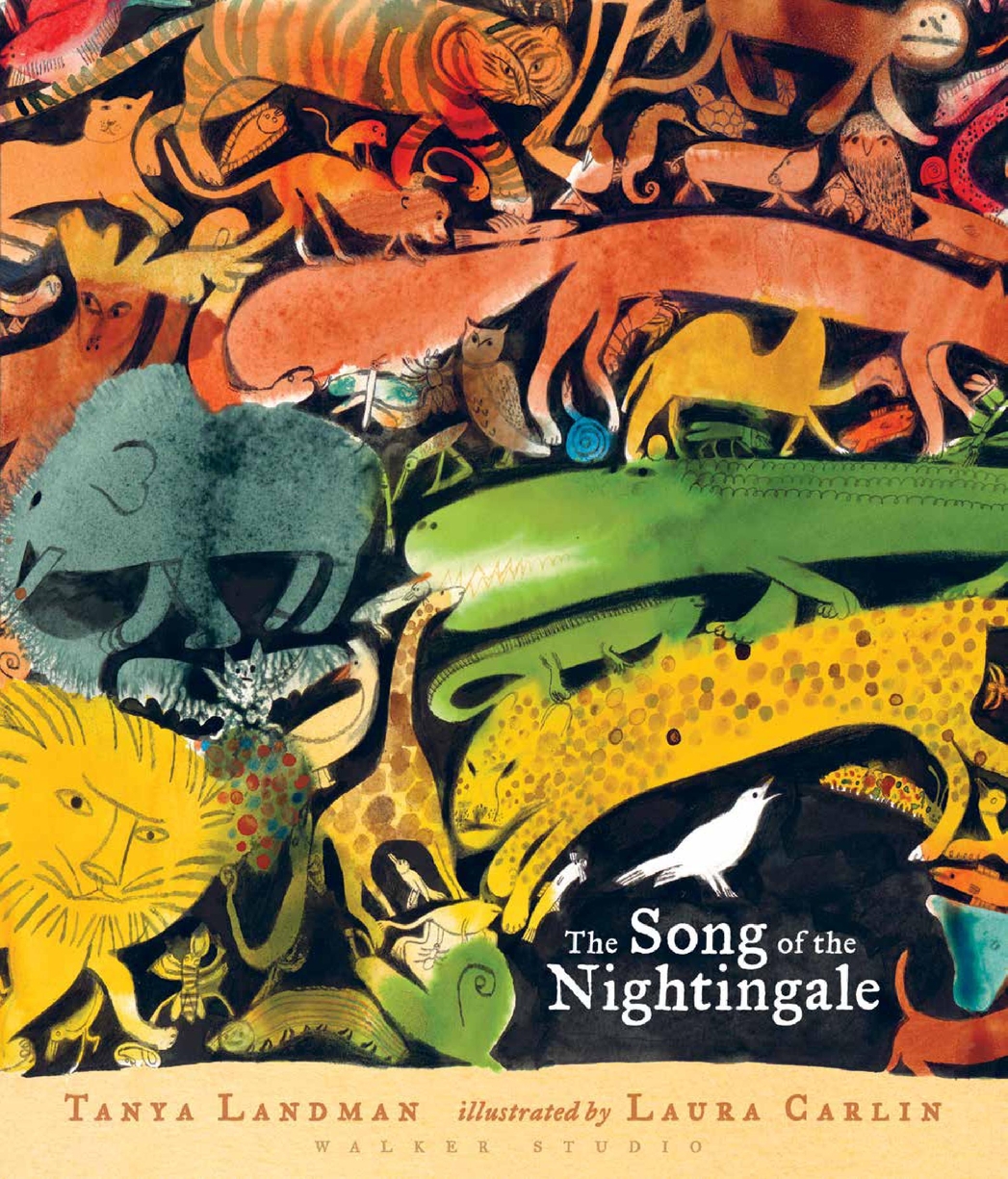 The Song of the Nightingale

How did the nightingale get its golden voice? A beautiful creation story answers the question.

The mountains, trees, and plants are young and full of color, but the animals are dull and drab, so the painter gets to work. She dabs dots on ladybugs and spots on butterflies, stripes on zebras and pentagons on giraffes. Finally, she comes to the very last creature-a patient beetle-and uses her special pot of gold paint. The painter is about to pack up to go home when a little gray bird flies out of the forest. The paint box is empty, but on the tip of the painter’s brush remains a tiny bit of gold, which she drops at the back of the bird’s throat. And when the painter asks the bird to sing, golden notes tumble from its beak. This timeless tale, with its stylish and striking illustrations, will appeal to children and adults alike.

Tanya Landman is the author of the picture book Mary's Penny, illustrated by Richard Holland, as well as the Poppy Fields mysteries Mondays Are Murder, Dead Funny, and other titles. She lives in the UK.

Laura Carlin is the illustrator of King of the Sky and The Promise, both written by Nicola Davies and both of which were named New York Times Book Review Best Illustrated Children's Books of the Year, as well as The Iron Man by Ted Hughes, which was awarded an honorable mention in the Bologna Ragazzi Award fiction category. Her artwork has been featured in Vogue, the New York Times, and the Guardian. She lives in London.