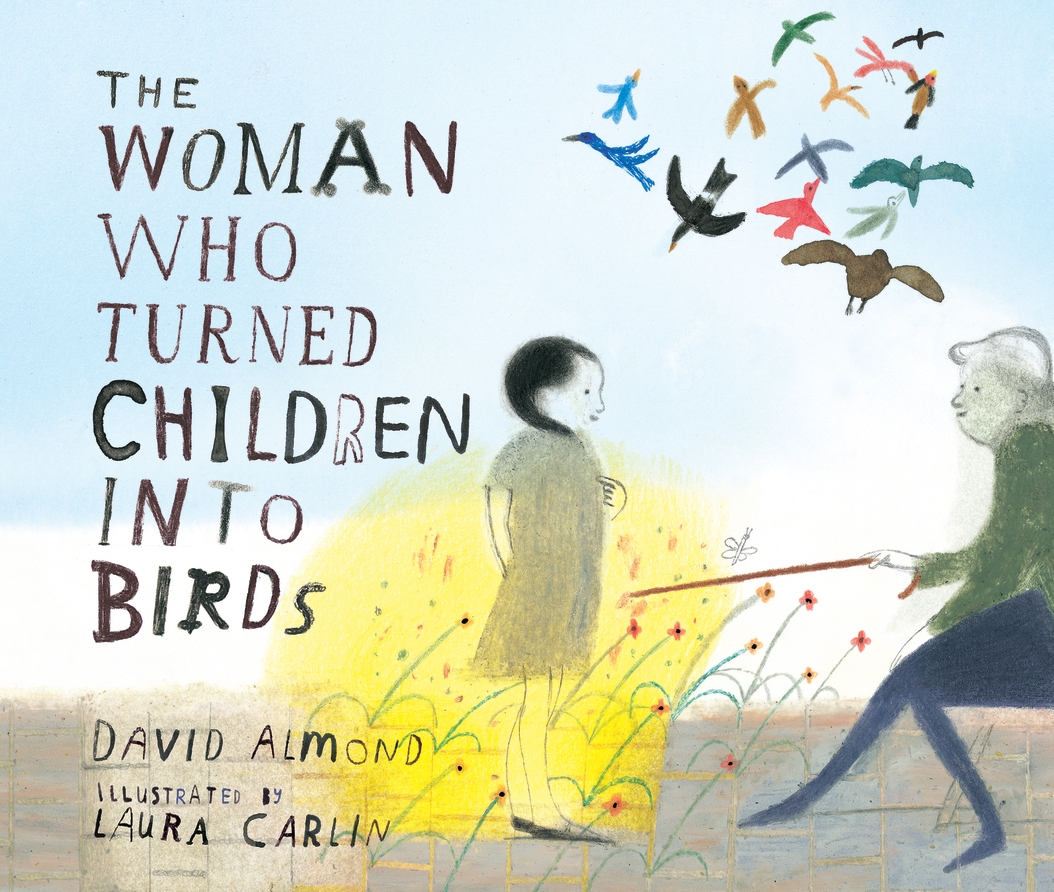 The Woman Who Turned Children into Birds

Master storyteller David Almond's whimsical story about freedom, imagination, and daring all but soars off the page, paired with exquisite paintings by Laura Carlin.

A charming tale from a beloved storyteller and award-winning illustrator urges readers of all ages to take chances and find joy. Nanty Solo is new in town and claims she can turn children into birds. Terrified parents forbid the idea, but the children want to fly-they want it very much-and they do. One by one, they approach Nanty Solo. One by one, they are transformed until the sky over town teems with rooks and goldfinches, parakeets and sparrows. The adults take one look and cry, “Get out of that sky this very minute!” But the sight of their offspring-set free to soar, hope, and explore-soon has the grown-ups wondering what it might be like to have wings to fly and a beak to sing. The lilting, dreamy tale, told in David Almond’s inimitable voice and playfully illustrated, assures us it’s never too late to say yes to life.

David Almond is the acclaimed author of many award-winning novels for children, including War Is Over, Skellig, The Tightrope Walkers, and The Tale of Angelino Brown. He has also collaborated with many celebrated artists, including Polly Dunbar, Dave McKean, and Oliver Jeffers, on fiction for younger readers. David Almond's books are beloved all over the world, and in 2010 he was the recipient of the prestigious Hans Christian Andersen Award. He lives in England.

Laura Carlin is the illustrator of The Song of the Nightingale, written by Tanya Landman; King of the Sky and The Promise, both written by Nicola Davies and both named New York Times Book Review Best Illustrated Children's Books of the Year; and The Iron Man by Ted Hughes, which was a Bologna Ragazzi Honorable Mention selection. Her artwork has been featured in Vogue, the New York Times, and the Guardian. She lives in London.